Overall market indications seem bullish with new buyers emerging over the past several weeks and the number of registered spot market deals climbed as some analysts believe China may double its uranium purchases to around 5,000 tonnes this year to build stockpiles for new reactors. 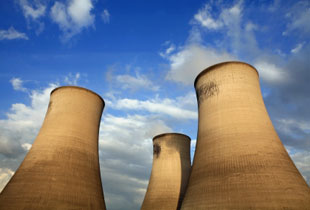 TradeTech reports the week ending Friday indicated spot price uranium escalating almost 5 percent to $43.50 per pound.  The catalyst for the overall optimistic mood is the fact that some suppliers have experienced labor concerns and equipment failures, increasing overall expectations that present supply projections for the years ahead will fall short while Asian utilities plan to step up their buying activity. This week’s appreciation marks the single largest rise in spot prices since October 2009, when the price increased from $47.50 to $50.00 per pound. The overall market indications seem bullish with new buyers emerging over the past several weeks and the number of registered spot market deals climbed to seven transactions last week, good for over 800,000 pounds of uranium changing ownership.  Many analysts have been forecasting price projections of $50 to $55 per pound for next year, so the potential for future price increases remains ahead.  China is likely to double its uranium purchases to around 5,000 tonnes this year to build stockpiles for new reactors, said Thomas Neff, a physicist and uranium industry analyst at the Massachusetts Institute of Technology in Cambridge.

Growth in Supply and Demand

Manufacturers, academics, and analysts all seem to agree that the long term fundamentals for uranium prices are compelling.  The most recent Redbook, published every two years by the OECD Nuclear Energy Agency (NEA) and the International Atomic Energy Authority (IAEA), has indicated that worldwide uranium resources, production and demand are all increasing.

Global mining development and exploration costs in 2008 totaled over $1.6 billion, increasing 133 percent compared to updated 2006 figures, despite declining market prices since mid 2007. Most major producing countries reported increasing expenditures, as efforts to identify new resources and bring new production centers online moved forward.  The net result of these efforts is the amount of uranium identified that can be economically mined increased to some 6.3 million tonnes, a 15.5 percent appreciation compared with the volume in the previous edition of Uranium 2009: Resources, Production and Demand.

The IAEA, the United Nations’ nuclear watchdog, estimates that in addition to 436 reactors now operating in the world, there are 56 under construction and 200 more planned.  Those nuclear reactors are responsible for 15 percent of the world’s electrical power generation and that number is increasing.

China has been developing a new nuclear reactor that could increase the utilization of fuel up to 70 percent.  These experimental fast neutron reactors run on mostly domestically designed fourth generation technology and are materially different from others in that they are able to utilize uranium fuel in a more optimal way so as to reduce overall energy costs significantly.  This is the first sodium-cooled fast reactor in the country, and was built by Russia’s OKBM Afrikantov in collaboration with OKB Gidropress, NIKIET and Kurchatov Institute.

The Chinese Experimental Fast Reactor (CEFR) was built with an investment of $369 million, and upon sustaining fission for the first time on 21 July, the China Institute of Atomic Energy (CIEA) is considered the eighth national agency to successfully master the technology. The reactor will go on to reach a thermal capacity of 60 MW, producing 20 MW in electrical power for the grid.

Beyond this pilot plant, China had been planning a 600 MWe commercial scale version by 2020 and a 1500 MWe version in 2030, but these ambitious ideas have been overtaken by the import of ready-developed Russian designs.  As a result of passing a critical test last Wednesday, it was reported that this new technology could lift uranium usage ratio to as high as 70 percent from the existing one percent. These results would significantly reduce the nation’s reliance on foreign fuel imports and have a large impact on long term global uranium demands.