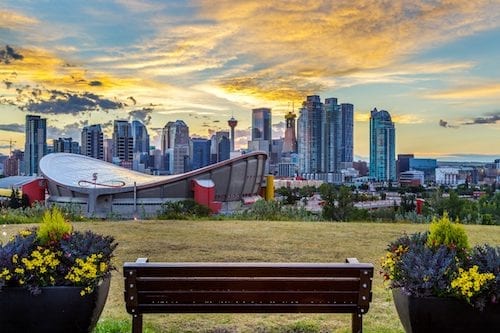 The latest missive from the energy sector comes two weeks to the day after nine of Alberta’s leading natural gas producers released an open letter of their own.

Three CEOs of Calgary-based oil sands companies have penned an open letter to Canadians urging the populace to keep Canada’s energy future in mind when they head to the polls in October.

The heads of Canadian Natural Resources (TSX:CNQ), Cenovus (TSX:CVE,NYSE:CVE) and MEG Energy (TSX:MEG,OTC PINK:MEGEF) also published the call to action as a full-page advertisement in more than two dozen English and French papers across the country.

The latest missive from the energy sector comes two weeks to the day after nine of Alberta’s leading natural gas producers released an open letter of their own.

“It is imperative that the Government of Alberta intercedes as the viability of the Alberta natural gas sector is in jeopardy and on our current trajectory the consequences will be dire for the many Albertans that rely upon the natural gas sector directly and indirectly to support their communities,” it reads.

While Thursday’s (August 1) letter takes a non-partisan approach, it does highlight the growing concern around the environment that a majority of Canadians are having as election season begins.

According to research from Abacus Data, 8 million Canadians are “extremely” worried about climate change, while 9 million said it will top the list of issues motivating them to vote for a particular party.

The business leaders assert that concern for the climate and wanting to strengthen the economy are not mutually exclusive.

The world needs more energy to sustain a growing global economy that is expected to lift three billion people out of poverty in the decades ahead. We need more wind, solar and hydro, but oil and natural gas remain a large part of the mix too. This is true in even the most optimistic scenarios for the worldwide adoption of renewable energy.

Despite stressing that this isn’t in regard to any particular pipeline, policy or province, the letter does sound somewhat alarmist in its warnings:

The world also needs to significantly reduce greenhouse gas emissions. But shutting down Canada’s oil industry will have little impact on global targets. In fact, it could have the opposite effect, with higher carbon fuels replacing our lower emissions products.

Pressure has been mounting for Alberta’s oil and gas producers as provincially mandated curtailments and transportation issues have weighed on prices for Canadian oil and gas.

However, as the latest commodity price index from Scotiabank indicates, the Alberta government has increased the amount of allowable oil production in the province for September by 25,000 barrels per day (bpd) to 225,000 bpd.

“However, the western Canadian oil patch is going to need still-more oil-by-rail capacity — upwards of (500,000 bpd) by fourth quarter of 2020 — in addition to continued low-grade curtailment through the balance of 2020,” notes the report.

The collective letter ends with a call to action for all eligible voters to support an innovative energy industry — “one that can contribute to solving the global climate change challenge and play a significant role in creating future energy solutions by developing our resources in the cleanest most responsible way possible today.”