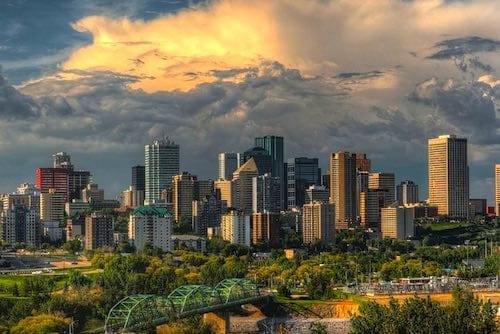 The Alberta government has set up a center designed to counter anti-oil narratives and back up Albertan oil and gas.

The Government of Alberta has set up the Canadian Energy Center to fight for the province’s oil and gas industries and counter what the Energy Minister called “a deceitful campaign to landlock the oilsands.”

The Canadian Energy Center will have a C$30 million budget and be based out of Calgary — where many of the province’s oil and gas companies are also based.

“Once operational, the centre will take a fact-based approach to counteracting the misinformation about our industry,” said Alberta’s Energy Minister Sonya Savage. “It will collaborate with industry, academia, Indigenous peoples and others to tell the truth: that Alberta energy is responsibly produced and indispensable — to Canada and the world.”

The center will have three units designed to back up the industry in Canada: a rapid response unit responding to social and traditional media, a literacy unit that will create original content to educate people about the industry and a data and research unit.

According to Savage, the center will be launched before the end of 2019 and will be integral to the economic future of Alberta.

The Western Canadian province has long been at loggerheads with not just public perception of the oil and gas industry, but the neighbouring province of British Columbia.

Issues hinge on the passage of pipelines through BC to the Canadian coastline, with the now federally owned Trans Mountain pipeline a lighting rod for activists. Alberta’s differences with BC will be on show over the next few weeks as Canadians vote in the ongoing federal election.

The issue of getting Albertan oil and gas to global markets was brought well and truly to the fore of news cycles in September of this year after half of Saudi Arabian oil production was destroyed in an apparent drone attack.

Speaking with INN shortly afterwards, Tim McMillan, the president and CEO of the Calgary-based Canadian Association of Petroleum Producers, said that Canadian oil was going wanting, thanks to campaigns against oil and gas infrastructure projects.

“As countries around the world are probably assessing their supply sources … they can look at Canada, but there is no ability to get our substantial resources to them,” he said.

“Those are self-inflicted wounds here in Canada, largely based on successful campaigns from foreign activists to limit our pipeline infrastructure, to cancel Northern Gateway (rejected in 2016 by the Trudeau Government), to cancel energy east (cancelled in 2017 by TransCanada (TSX:TRP)), to stall Trans Mountain. Any one of them could have given us very substantive access to those global markets.”

Under the United Conservative Party elected in April this year, the province has been doing plenty of fighting back against anti-energy campaigns, going as far as launching a C$2.5 million public enquiry into foreign activist activity.

One response to “Alberta Strikes Back: Edmonton Sets Up Canadian Energy Center”