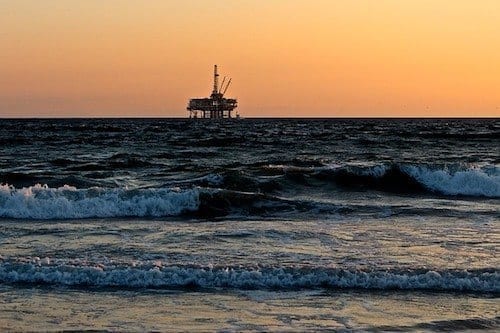 The BP stock price has dropped due to the crash in oil prices, but that isn’t the only negative catalyst in the company’s history.

The oil price has recently begun to recover since its precipitous crash from over $100 per barrel down to below $50 in 2014.

Major oil producers have all had to adapt to the new economic realities created by the price collapse, but BP (NYSE:BP,LSE:BP) is in an especially challenging position due to the Deepwater Horizon oil spill.

The company is still feeling the impact of heavy fines stemming from the 2010 spill in the Gulf of Mexico. It spent $1.7 billion on fine payments in Q4 2017 alone, and its share price has never fully recovered to its pre-spill level. For that reason, many investors are still wondering about the BP share price before the Deepwater Horizon spill.

The Deepwater Horizon spill, considered the worst of its kind in US history, released an estimated 3.19 million barrels of oil before a leaking pipe was finally capped after 87 days. BP agreed to pay $18.7 billion in fines related to the spill back in 2015.

Not surprisingly, the spill coincided with one of the biggest drops for the BP share price since 1978. The company’s share price lost 54 percent on the NYSE between April 20 and June 25, 2010, bouncing back slightly before the wellhead was capped on July 15, 2010. BP stock lost a similar amount in London over the same period.

Previously, the company had lost roughly 45 percent of its share price value in New York between May 23, 2008 and October 10, 2008 — that fall came during the global financial crisis.

The selloff in the wake of the Deepwater Horizon spill was also marked by the largest trading volumes in BP share price history by a long shot. Volumes peaked at 735.76 million in New York on June 11, 2010, compared with daily averages of closer to 30 million. Check out the spike at the bottom left of the BP share price chart below:

The road to recovery

According to Bloomberg, BP has increased its payouts this year, going from $2 million in 2017 to $3 million in 2018. The liability payouts are humming along due to oil’s price rebound, which has bolstered BP’s accounts. BP CFO Brian Gilvary conveyed his vote of confidence, saying, “[t]he charge we are taking as a result is fully manageable within our existing financial framework, especially now that we have the company back into balance at $50 per barrel.”

Since BP agreed to settle all government claims against the firm in 2015, the company has had the green light to expand once more. It has been selling off assets in order to raise the money for payouts, and has two decades to pay the full sum to the government, which has made these payments more manageable.

Along with reduced costs, an increase in credit rating and improved production are painting a picture of recovery for the oil giant as it looks to keep up with its competitors. In fact, the BP share price is the highest its been in five years, despite lower profits related to a canceled project in Angola. The bump has been attributed to increases in the company’s oil and gas production in 2017. In the first quarter of 2018, BP’s profits rose a whopping 71 percent. All of this has been good for the BP stock price.

Oil market optimism can still be found amongst investors despite a steady stream of bearish headlines. Andy Lipow of Lipow Oil Associates pointed to reductions in petroleum reserves and recovering demand as important indicators of a good market for the past six to 12 months, and was correct in his prediction that oil would exceed $50 in 2018.

That being said, OPEC’s production restrictions have played a part in oil’s price rebound, meaning there’s always a chance for some volatility should OPEC’s deals change in the future. As a result, some are concerned about issues of oversupply and price fluctuations.

BP’s high dividend yield is also a point of discussion amongst investors and analysts. At 6.6 percent, the yield is significantly higher than average in the oil sector. BP’s debt accumulation and previous struggles with profitability have also created doubts about the sustainability of such a high yield. But with current oil prices, the books are balancing, so the only question remains is — how long will it last?

What do you think about the BP stock price and the company’s dividend?

Securities Disclosure: I, Amanda Kay, hold no direct investment interest in any of the companies mentioned in this article.