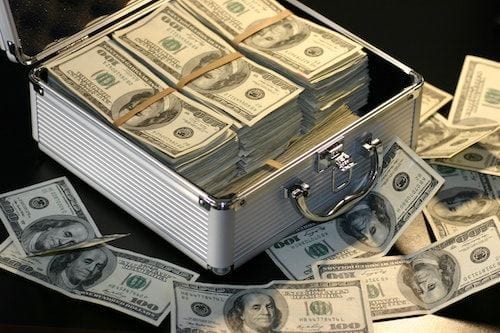 Diversified natural resource company Alliance Resource Partners is expanding its presence in the oil and gas sector with the acquisition.

Diversified natural resource company Alliance Resource Partners (NASDAQ:ARLP) is expanding its presence in the oil and gas sector with its latest acquisition.

The recently penned deal will give Alliance control of roughly 42,000 net royalty acres in premier oil and gas resource plays across the US.

The AllDale assets acquired by Alliance are located in well-established oil and gas basins, including the Anadarko, Permian, Williston and Appalachian basins.

The 3,821 producing wells owned by Alliance produce approximately 2,611 barrels of oil equivalent per day. There are another 495 wells currently being drilled on Alliance’s acreage and another 860 permitted well locations.

“Closing of the AllDale transaction provides ARLP with significant ownership of attractive oil and gas mineral interests,” Joseph Craft, president and CEO, said in a press release. “This transaction lays the foundation for a new growth platform for ARLP.”

He continued, “[t]he royalty income generated by these mineral interests is expected to be immediately accretive to ARLP’s cash flow in 2019 and we anticipate a growing royalty stream that will provide long-term future value to ARLP unitholders.”

After closing of the deal, Alliance also announced that former company chairman John (Jack) Neafsey, who retired as of January 1, 2019 after serving the company for two decades, will be replaced by Craft.

“Jack Neafsey has been a key member of the Alliance team since our initial public offering in 1999,” noted Craft in the announcement.

“Jack’s leadership over the years has been invaluable to the growth and success enjoyed by ARLP and he has our deepest appreciation and gratitude for his many contributions. With Jack stepping down, I look forward to assuming this additional role and working to assure Alliance’s continued success.”

Craft and Neafsey worked closely together during Neafsey’s 20 years at the company, and Craft was instrumental in launching the company’s IPO in 1999.