The coronavirus outbreak continued to weigh on sentiment last week, with the death toll in mainland China reaching 637 and cases increasing to 31,211, according to the World Health Organization.

In commodities, gold was on track for its largest weekly loss in three months, while base metals were hurt on the back of uncertainty about the epidemic. 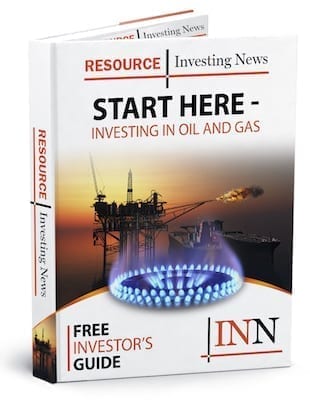 The five TSX-listed mining stocks that saw the biggest gains last week are as follows:

Focused on gold and base metals projects, Aura Minerals is a mid-tier producer working on multiple projects in Mexico, Honduras, Colombia and Brazil.

After some media outlets reported that the company might be planning a dual listing by raising capital in the Brazilian equity market, Aura released a statement saying the company has not made any decisions and will keep investors informed when needed. Last week, shares of the company increased 67.45 percent to end at C$44.39.

Calgary, Alberta-based Touchstone Exploration is an upstream oil and gas company focused on Trinidad and Tobago, where it has been in production since 2010.

On February 6, the company released news saying testing at the Cascadura well had confirmed a substantial liquids-rich gas discovery. The company described it as a “dramatic change” for Touchstone as it confirms the “monumental resource potential” of the Ortoire exploration block.

Diversified exploration company Yorbeau Resources holds interest in several assets in Quebec, including the Rouyn gold asset, which is optioned to IAMGOLD (TSX:IMG,NYSE:IAG), and the Scott Lake zinc–copper project. The most recent developments came from a preliminary economic assessment at Scott Lake, which anticipates net revenues of US$2 billion.

The company did not release any news last week, but Yorbeau Resources saw its share price increase 50 percent to C$0.04.

ASX- and TSX-listed Xanadu Mines is a copper and gold exploration company with several advanced exploration projects in Mongolia. The latest company news came on January 31, when Xanadu reported on its quarterly activities, including an upgrade in the exploration target for its flagship Kharmagtai copper-gold project. The company updated the project’s mineral resource last year.

Another Mongolia-focused company, Erdene Resource Development has been exploring in Southwest Mongolia over the past decade and is responsible for the discovery of the Khundii gold district. The company is considering two prospects for development: its 100 percent owned Bayan Khundii and Altan Nar projects. Together, these deposits comprise the Khundii gold project.

Erdene released drill results on February 4, and announced the expansion of the new Khar Mori gold prospect area. As a result, the firm saw its share price go up by 22.22 percent to reach C$0.27.

Data for 5 Top TSX Stocks articles is retrieved each Friday at 10:30 a.m. PST using Trading View’s stock screener. Only companies with a market capitalization greater than C$50 million prior to the week’s gains are included. Companies within energy minerals and non-energy minerals sectors are considered.