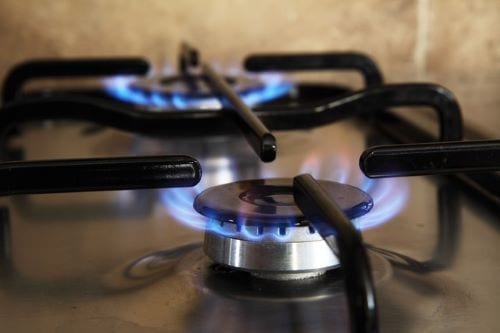 The first half of 2019 has been eventful for the natural gas sector, with prices hitting their year-to-date high early and then falling.

The first six months of 2019 have been eventful for the natural gas sector. US production hit an all-time high, global export and import concerns impacted foreign relations and international demand continued to grow.

Unlike oil, natural gas hit its year-to-date high early in the year, when it reached US$3.04 per million British thermal units (MMBtu). The natural gas price has subsequently trended lower month after month, and as of Monday (July 8) was selling for US$2.37 per MMBtu.

Read on to learn what factors drove fluctuations in the natural gas price in the first half of 2019.

The price of natural gas is very dependent on season and temperature, as the fossil fuel is used mainly to heat homes. As such, the value of natural gas remains higher during the winter months.

Increased use calls for increased output, but a slowdown in production usually occurs in the off seasons — summer and fall — and helps to keep prices from plummeting. This year, production has increased, forcing the price of natural gas lower.

“European gas prices have fallen over 60 percent year-to-date, with NBP (UK) touching a 10 year low,” explained Carlos Gomez, an analyst at Edison Investment Research. “Underground gas and liquefied natural gas (LNG) tank storage is high for this time of year, helped by a mild winter, and continued stock builds are expected over the northern hemisphere summer.”

While low prices are hard on producers, Gomez noted that cost-efficient natural gas is one of the best ways to entice countries to move away from more polluting energy sources.

“Low pricing is expected to incentivize coal to gas switching, which should provide some price support,” said Gomez.

US output has grown by 44 percent over the last decade, and along with new offshore projects and increased refinery capacity has contributed to the oversupply that is weighing down the market.

“Europe is increasingly becoming a more attractive destination for US LNG given the rise in LNG shipping costs. This is displacing volumes that would otherwise be sold on Asian spot markets,” said Gomez.

“The combination of US, Russian and Qatari LNG volumes competing to supply the European spot market is likely to push down prices until the differential is material enough to incentivize redirection of cargoes to Asia.”

The Edison analyst also pointed out that transporting gas is and has been a hot button issue in both Europe and North America.

Russia-owned pipeline Nord Stream II is slated to transport natural gas across Europe, dramatically affecting the need for the eastern portion of the continent to ship in gas.

“Russia’s Nord Stream II is said to be 60 percent complete and will bring a further 1.9 trillion cubic feet per year of gas through the Baltic Sea to Germany, raising the eyebrows of the US Congress, (which sees) the pipeline as direct competition to US LNG, whilst also increasing Russian influence over Europe.”

The US government is currently considering sanctions on companies involved in the construction and development of the Russian pipeline.

The ability to export natural gas around North America, as well as into European and Asian markets, continues to be an issue. Although the US saw record-breaking output of 37 trillion cubic feet last year, exporting the energy fuel to these growing markets has proven challenging.

The main gas markets for the US continue to be neighboring countries Canada and Mexico, and the US Energy Information Administration (EIA) remains confident that US exports will steadily increase.

US natural gas and LNG continue to be Canada’s biggest competition when it comes to the world stage. Increased export capacity is needed in order to get and keep Canadian producers in the game.

In late 2018, LNG Canada announced that it had reached a final investment decision (FID) in relation to the LNG Canada export facility in Kitimat, British Columbia. When complete, the project will be Canada’s first large-scale LNG facility.

The year before, TC Energy, which operates 92,600 kilometers of natural gas pipeline supplying 25 percent of the natural gas used in North America, released its plan to expand and enhance its NGTL system, a series of pipeline loops and compression stations in order to up capacity.

“At this time (we) do not have access to global markets via LNG but LNG Canada FID was good news in this regard, but again will not be in service for many years. The NGTL system in the basin is struggling to adapt to transport increased concentration of production in the liquids rich Montney/Duvernay portions of the basin to the main delivery points on its system,” explained Mark Pinney, manager of natural gas and transportation for the Canadian Association of Petroleum Producers.

Although this was good news for the Canadian natural gas sector, Pinney pointed out that it will take years to get the system working at capacity, and transportation bottlenecks and large dislocations in price will continue until then.

“In June, natural gas prices in the Basin (AECO) averaged 50 cents/gigajoule,” he said. “Now natural gas prices are one of the reasons producers have been focusing on liquids rich plays — there is strong demand for condensate in the basin as a diluent for oil sands producers — as the higher liquids prices pay for the wells.”

Concerns of oversupply are unlikely to outweigh the US production ramp up, possibly holding prices below their normal thresholds.

In Europe, oil reserves and the continued switch to cleaner energy sources will play a role in determining the amount the gas the continent imports, according to Edison analyst Gomez.

“Analysts will likely be focused on European storage levels and demand going into the summer in order to take a view on Q3 and winter pricing,” he commented. “Demand will continue to be weather driven, whilst analysts will keep a close eye on industrial users and utilities in order to determine the impact of fuel switching.”

The situation is similar in Canada, although the country is looking to assert itself as a global supplier of the cleaner energy source.

“Longer term, the Canadian natural gas sector is looking to benefit from expanded petrochemical operations in the region, ongoing demand from the oil sand sector (generating steam for in situ production and a feedstock additive for upgrading to lighter crude) and replacing coal-fired power generation with gas-fired power,” added Pinney.

If historical stats are a predictor of future activity, it’s important to note that global natural gas consumption grew by 5.3 percent in 2018, one of the largest increases since 1984. Production kept pace with a 5.2 percent growth rate.

As more countries switch from coal to cleaner sources, natural gas is likely to benefit. Still, there is a growing market for carbon-free nuclear energy, which will directly compete with natural gas and LNG.

One response to “Natural Gas Market Update: H1 2019 in Review”