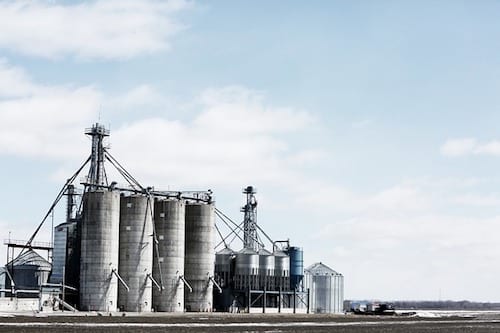 Natural gas prices are on the rise, and excitement about the sector is growing. Investors should know these 10 basic natural gas facts.

After dropping to an 18 year low in the first quarter of 2016, natural gas prices are on the rebound and are expected to fare better in the coming years.

The US Energy Information Administration (EIA) predicts that the Henry Hub natural gas spot price will average at US$2.82 per million British thermal units in 2019, an increase from the 2016 low of US$2.50, but still below the 2017 mark of US$3.10.

Prices will rise on the back of growing demand for natural gas, which is used primarily as a heating fuel and to generate electricity. In fact, natural gas is currently the most widely used fuel for space heating in the US, and has also started to beat out coal as the top fuel for power generation. Before jumping into the space, here are 10 more basic natural gas facts to know.

1. It is lighter than air

The first natural gas fact to know is that it’s a mixture of methane and other naturally occurring gases; it is lighter than air and needs to be cooled to -260 degrees Fahrenheit before becoming liquid. Liquefied natural gas, or LNG, takes up significantly less volume, which is useful when transporting the fuel.

Some might be surprised to know that natural gas is completely odorless. In order to allow for the detection of natural gas leaks, companies add the chemical mercaptan, which makes the gas smell like a rotten egg.

3. Natural gas and oil occur together

Both crude oil and natural gas are, of course, fossil fuels, and are formed via the same geological process. It isn’t surprising, then, that the two materials are often found together. Deposits that are more rich in natural gas are referred to as natural gas fields, while those more rich in oil are known as oil fields.

4. It’s used in manufacturing as well as fuel

In addition to being used as a fuel for power generation and for heating homes, natural gas is used to manufacture various products. According to the Interstate Natural Gas Association of America, natural gas is a key component in the production of ammonia. It’s also used to make products from vinyl flooring and carpeting to Aspirin and artificial limbs.

5. It can be used to power vehicles

What some might call an inconvenient natural gas fact is that scientists have long known that hydraulic fracturing, or fracking, operations can cause small earthquakes near drilling and extraction sites. The process uses high-pressure water to fracture shale formations and release the oil and gas inside.

In 2014, Scientific American reported on a study that suggests fracturing liquid injections could be responsible for much farther-reaching and more potentially devastating quakes. However, scientists are still unsure about how exactly larger fracking quakes are caused. “There’s urgent scientific research right now which is focused on trying to find better ways to identify these features in advance,” David Eaton, a University of Calgary geophysicist, told the Canadian Press.

7. …and has been controversial for other reasons too

The potential for earthquakes caused by natural gas fracking is not the only reason that the process draws controversy. It uses a number of industrial chemicals, and opponents fear the contamination of drinking water from these substances.

Critics are also against the amount of water used in fracking operations. The US Department of Energy notes that drilling and fracturing a horizontal shale gas well, for instance, usually requires anywhere from 2 to 4 million gallons of water. On the other hand, the department points out that this amount is small compared to what is used in other industries, such as agriculture.

Storing the water or fracturing fluid after extraction is also a contentious issue.

8. However, it’s also known as a “clean energy” fuel

Despite being a fossil fuel, another natural gas fact is that the fuel is often pegged as a “cleaner” energy option than coal or oil. According to the EIA, the burning of natural gas for power emits fewer greenhouse gases and pollutants, since it burns more easily and contains fewer impurities than other fossil fuels. The EIA also notes that natural gas produces less carbon dioxide per equivalent amount of heat production.

9. And demand is growing, both in the US and globally

Even with production growing at a rapid rate in the country (the US is expected to shift from being a net importer to a net exporter of natural gas by 2018), the Smart Investor argues that there will be plenty of growing demand abroad as well.

10. Natural gas prices are tied to the weather