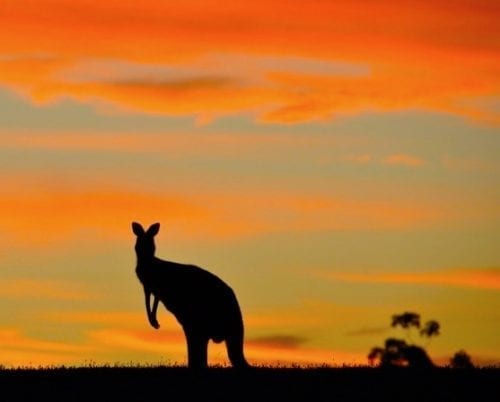 The Ohio-based company has decided to focus on operations in the US, and has finalized an agreement to sell its Australian assets to ASX-listed company Mineral Resources.

US iron ore miner Cleveland-Cliffs (NYSE:CLF) has finalized its exit from the land down under as part of a new US-focused strategy.

In an announcement on Tuesday (June 12), the Ohio-based company said it has finalized an agreement with Australian company Mineral Resources (ASX:MIN) to sell its Asia-Pacific operations.

The American company will be handing over the keys to its Koolyanobbing complex in the Wheatbelt region of Western Australia, which includes the operating deposits of Windarling and Mount Jackson as well as a processing plant on site.

The company will no doubt be glad to offload the Australian assets, after they contributed US$71 million to the US$84-million net loss reported in the first quarter of 2018. The costs associated with the Western Australian operations were to do with “unusual charges related to the closure of the mine.”

The operations had previously produced 11 million tonnes of iron ore a year, but profitability took a hit with changes to Chinese regulations on steel.

According to local media, iron ore exports from the Koolyanobbing operation accounted for 75 percent of tonnage passing through the Port of Esperance, meaning closure of the mines could lead to flow-on unemployment in the region.

The sale of Koolyanobbing will save Cleveland-Cliffs a significant portion in costs associated with winding up operations.

“As a result of the transaction, Cliffs’ previously disclosed costs of closing the Australian operations (approximately US$90 million) are expected to be reduced by approximately US$65-75 million based on Mineral Resources assuming certain obligations and Cliffs reaching negotiated settlements with other third parties,” says the company, noting that the sale is supported by the state government.

Cleveland-Cliffs President and CEO Lourenco Goncalves said the sale marks the end of the company’s operations outside the US.

“We are pleased to have reached agreement on a transaction that not only brings real value to Cliffs shareholders, but also represents the potential for continued job opportunities for employees in Western Australia who would be impacted by the pending closure,” he said.

The transaction will close before the end of June, and the deal is structured in such a way that new owner Mineral Resources will be assuming certain related liabilities around the tenements, facilities, port assets and contracts still in place.

Cleveland-Cliffs will now operate exclusively in the US, with five iron ore mines in Michigan and Minnesota, and a planned hot briquetted iron production plant in Toledo, Ohio.

Koolyanobbing buyer Mineral Resources has a number of iron ore assets in the Pilbara region at the other end of Western Australia from its new asset in the Wheatbelt, and is also heavily involved in support services around mining.

Mineral Resources had another acquisition lined up in the proposed takeover of Pilbara-focused Atlas Iron (ASX:AGO), but that’s up in the air after fellow Australian miner Fortescue Metals (ASX:FMG) snapped up almost 20 percent of the smaller company and signaled its intention to block the plan.

On Tuesday, Cleveland-Cliffs’ share price was trading up 0.69 percent in New York at US$8.78, while Mineral Resources was trading down 6.64 percent on the Australian Securities Exchange at AU$17.29.