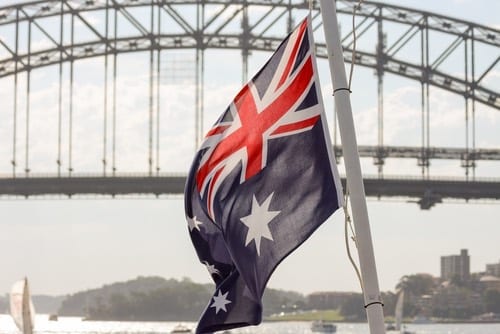 The ASX presents investors with opportunities to gain exposure to Australia’s strong economy and its solid domestic resources industry.

Australia has an economy that has enjoyed 27 years of economic growth without a recession, and has earned its place as one of the world’s largest and most diversified economies.

A huge part of Australia’s economy is locked up in mineral resources, which explains why the nation is home to the world’s largest mining company, BHP (ASX:BHP,LSE:BHP,NYSE:BHP), as well many of the biggest names in the sector globally.

Mining contributed 8.1 percent to Australia’s GDP in 2017 and accounted for the lion’s share of export income at 46 percent, according to Geosciences Australia.

To get there, more than 300 mines operate across the continent at 35 mineral targets. The country’s most common operations are gold mines, with 128 of its 300 mines targeting the yellow metal. Australia ranks second globally when it comes to gold production, according to the US Geological Survey.

This is good news for investors, as gold remains the most popular commodity of choice around the world, while companies with gold in their portfolios attract plenty of attention.

Of the more than 2,200 companies on the Sydney-based Australian Securities Exchange (ASX) — which is the primary stock exchange in Australia — nearly 900 of them are listed in the basic materials and energy sectors, so investors looking to get into resources in the Australian market have plenty to choose from.

There are more than 100 foreign companies listed on the ASX as well, including 10 Canadian companies, nine of which are in the resources sector. Those include Alacer Gold (ASX:AQG,TSX:ASR,OTC Pink:ALIAF), Kirkland Lake Gold (ASX:KLA,TSX:KL,NYSE:KL) and Oceanagold (ASX:OGC,TSX:OGC,OTC Pink:OCANF).

Another 15 foreign companies on the ASX are from the United States, though only one of them is in the resources industry. The majority of the remainder are technology and healthcare companies.

How to invest on the ASX

To put money into ASX stocks, investors from outside of Australia can either go through dual-listed companies in their country of origin, or if they are interested in buying or selling shares or securities on the ASX they will need to use a stockbroker authorized to trade on the ASX.

The ASX provides a handy explanation on getting started on its website. The process is similar to dealing with the Toronto Stock Exchange (TSX), which requires investors to use either online stockbrokers or full-service brokerages to trade on the TSX.

The Australian exchange deals with two sorts of stockbrokers: those that will provide advice on where to invest and how to achieve set investor goals, like a full-service organization, and those that give no advice, and simply do what the investor asks of them, like an online broker.

Tools to find authorized stockbrokers are also available on the ASX website.

For investor research, public companies operating in Australia are bound by rigid legal frameworks that require high levels of transparency, so statistics on operational performance and information on company finances are easily accessible through individual company websites.

To get you started, the Investing News Network keeps an eye on the top stocks on the ASX. For a peek at some of the largest stocks in the land down under, take a look at some (or all) of our top Australian stocks articles, which cover copper, rare earths, nickel, gold, lithium and graphite.

One response to “How (and Why) to Invest on the ASX”