Copper & Zinc Exploration in the Pacific Ocean’s Ring of Fire

Thunderstruck has signed a joint venture agreement with Japan Oil, Gas and Metals National Corporation (JOGMEC), who can earn a 70 percent interest in the Korokayiu VMS project by spending C$3.5 million in exploration. With Thunderstruck as operator, the joint venture partners intend to aggressively advance Korokayiu over the next three years. Drilling at Korokayiu has recently commenced and results are expected to be coming in the near term.

Both the Nakoro and Korokayiu zinc-copper VMS projects are the sites of successful historical drilling by Australian Anglo Pacific Ltd. (Anglo), with a historical resource of 11.6 percent zinc, 0.5 percent copper and eight percent zinc and two percent copper, respectively.

Thunderstruck is managed by an experienced team of geology, mining and financial professionals. Co-founding directors Brien Lundin and Bryce Bradley have a long history of raising capital and other strategic roles in the natural resource sector to support the advancement of discoveries like their current Fijian projects.

The Board and Advisory Board include Lawrence Roulston, Linnea von Hessert and Tookie Angus, all seasoned professionals with a wealth of technical and capital markets successes behind them. The company’s Country Manager, Moape Navia, has worked in several capacities in the Fijian mining industry, including 15 years at the Mineral Resource Department as Senior Technical Assistant and Mining Inspectorate Officer, and manages all facets of governmental and landowner relations. 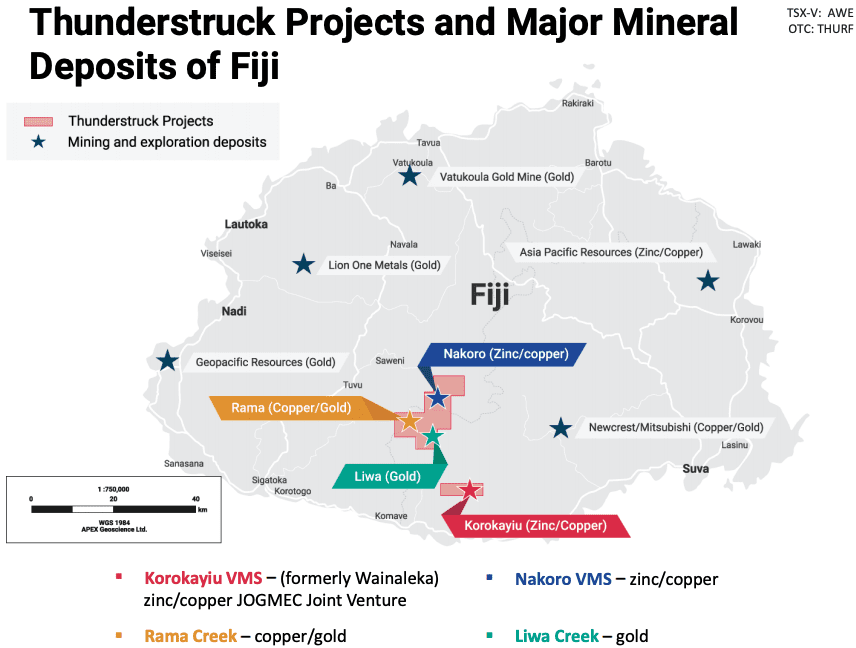