First Cobalt Corp. announced that it has expanded its land position in Idaho for the second time in a month, increasing its position around its Iron Creek cobalt-copper project in Idaho, USA.

First Cobalt Corp. (TSXV: FCC) (OTCQX: FTSSF) (the “Company”) announced that it has expanded its land position in Idaho for the second time in a month, increasing its position around its Iron Creek cobalt-copper project in Idaho, USA. The Company announced an earn-in agreement with Phoenix Copper Limited for 224 hectares of property, expanding its land position to over 1,820 hectares covering the strike extent of strata hosting mineralization. 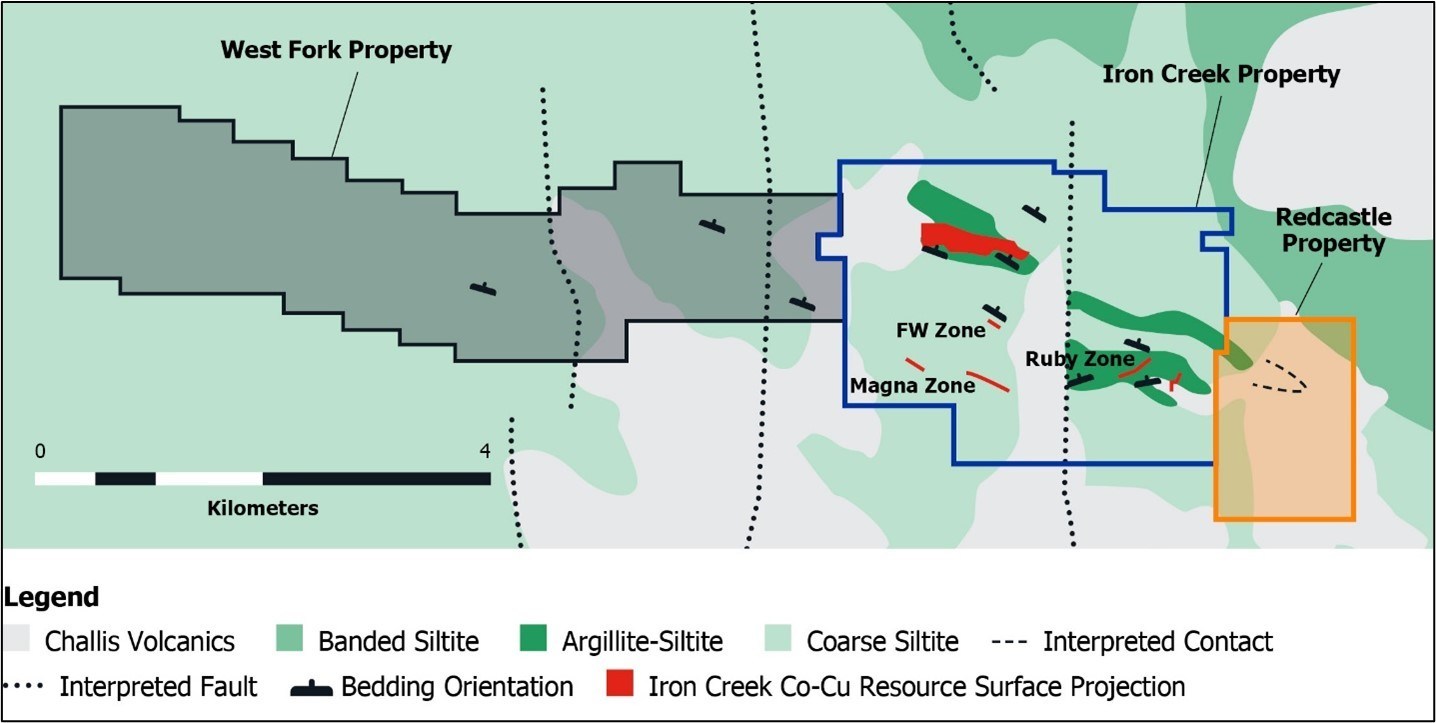 Located in the Idaho Cobalt Belt, the Iron Creek Project is one of the few primary cobalt deposits in the world. The deposit remains open to the east and west along strike as well as down-dip. To date, cobalt and copper resources have been defined by drilling over a 900-metre strike extent. The Idaho Cobalt Belt contains the largest primary resources of cobalt in the United States according to the US Geological Survey.

“The Redcastle property is directly adjacent to our Iron Creek Project and just east of our Ruby Zone cobalt-copper prospect, which is exposed at surface. We believe this area shows great promise for cobalt and copper mineralization, which would complement our strategy of expanding the Iron Creek deposit and its extensions.” said President and CEO, Trent Mell

The United States Government has announced several initiatives in support of reducing the reliance on imports of critical minerals such as cobalt. The Idaho Cobalt Belt can provide a significant and secure domestic cobalt supply for the US market. First Cobalt has made it its mission to produce the world’s most sustainable cobalt.”

Iron Creek is a high grade primary cobalt deposit on patented property in the United States. The property consists of mining patents and exploration claims. Historic underground development at Iron Creek includes 600 metres of drifting from three adits. An all-weather road connects the property to a state highway and the nearby towns of Challis and Salmon. Significant infrastructure is in place to support multiple drills and underground activity. The setting for mineralization is well suited for underground mining development.

The Redcastle property consists of 31 exploration claims to the east of the Iron Creek resource, an area that is particularly enriched in cobalt and is open along strike. New geological interpretations reflect extensions or structural repetition of the host rock sequence toward the Ruby Zone and Redcastle property (Figure 1). Cobalt and copper mineralization at the Ruby Zone is exposed over a 500m strike extent. Surface channel sampling at the Ruby Zone returned continuous intervals of cobalt grades comparable to the Iron Creek resource (Table 1). The style of cobalt mineralization at the Ruby Zone is similar to the Iron Creek deposit. Copper grades were low but are considered to be preferentially leached and removed by weathering.

The host rocks to mineralization at Iron Creek are interpreted to extend eastward within the Redcastle property. Future geophysical surveys using the same methods as used over Iron Creek are planned along with bedrock mapping and geochemical surveys being conducted this summer.

Under the terms of the agreement, First Cobalt can earn a 51% interest by an initial payment of US$50,000, incurring US$1.5 million in expenditures over 3 years, issuing 200,000 shares and making staged payments of US$100,000. Ownership can increase to 75% upon incurring an additional $1.5 million in expenditures and making a payment of US$150,000 over an additional two years.

Note: sampling was conducted using a rock saw along the near-vertical exposures at a consistent height. Sampling was started in gossanous rock and individual samples were separated every 5 feet from the start point. Analytical methods and results previously reported October 29, 2019

Dr. Frank Santaguida, P.Geo., is the Qualified Person as defined by National Instrument 43-101 who has reviewed and approved the contents of this news release. Dr. Santaguida is employed as Vice President, Exploration for First Cobalt.

First Cobalt’s mission is to be the most sustainable producer of battery materials. The Company owns North America’s only permitted cobalt refinery, a critical asset in the development and manufacturing of batteries for electric vehicles. First Cobalt also owns the Iron Creek cobalt-copper project in Idaho, USA as well as several significant cobalt and silver properties in the Canadian Cobalt Camp.