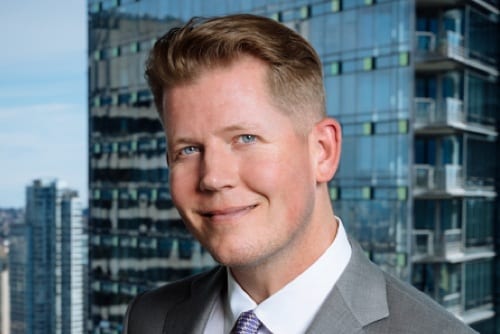 According to Good, the continued adoption of VRBs should drive vanadium demand as the technology gains more traction as a large-scale stationary energy storage solution.

Vanadium’s use as a steel alloy is also expected to continue to drive demand following China’s recent improvement of tensile strength standards in steel rebar. Delrey Metals intends to continue to explore its vanadium prospects in order to reveal each asset’s true potential. According to Good, vanadium’s supply and demand dynamics could continue to drive prices higher moving forward.

Below is a transcript of our interview with Delrey Metals CEO Morgan Good. It has been edited for clarity and brevity.

INN: What has been the catalyst behind vanadium’s price action over the last few years?

Delrey Metals CEO Morgan Good: The main catalyst over the last few years behind the vanadium price has predominantly been the regulations implemented by China for the strengthening of their steel rebar, which has seen massive usage in the infrastructure construction of things such as buildings, roads, bridges, et cetera. This is actually expected to increase by at least 14 percent in 2019. That, along with the adoption of the new burgeoning vanadium redox battery or VRB market, which is just beginning to take flight. Those two major catalysts are really what’s been driving the price higher.

INN: What is your outlook on the price of vanadium moving forward?

MG: The price of vanadium moving forward is expected to continue to be quite bullish mainly due to those two catalysts I just mentioned, particularly the redox battery market. That’s really only about 1 to 2 percent of the overall vanadium usage worldwide right now, but we believe that is going to increase substantially and continue to drive the price higher moving forward.

INN: What attracted Delrey to the Four Corners project?

MG: Delrey was attracted to the Four Corners project for many reasons, including but not limited to its fantastic infrastructure and location in Newfoundland, which is a world-renowned mining jurisdiction, but mainly the yet to be unlocked value of the drill-tested mineralization at the Keating Hill East zone on the property. This, along with four other mineralized anomalies adjacent to Keating Hill East, make this one of the largest vanadium-enriched titaniferous magnetite-hosted deposits in North America. So Delrey will be working rapidly this spring and summer to bring all of the historical work up to 43-101 compliance as well as expanding and opening up the asset’s true potential.

INN: We understand the Four Corners project has significant credits of vanadium. Are there any other metals within the potential deposit worth discussing?

MG: Yes, absolutely. The Four Corners project is predominantly an iron-titanium deposit enriched with vanadium. The bulk of the value and tonnage of the project is actually more associated with iron ore and titanium, two metals of major value in today’s commodities cycle. Iron is at a five year high and continuing to trend upwards by the day, trading around US$100 per tonne, having appreciated nearly 130 percent from lows late last year. Companies such as Champion Iron (TSX:CIA,OTC Pink:CHPRF) are trading at record highs and garnering massive attention. Also, ML Gold (TSXV:MLG,OTCQB:MLGCF) with their Block 103 iron ore project also in Newfoundland and Labrador have seen their stock increase over 300 percent in recent weeks and months with this surge in iron prices. Clearly, Delrey cannot ignore the iron potential within the Four Corners project and will pursue all the metals the asset has to offer, including iron, titanium and vanadium.

INN: What is British Columbia’s appeal as a vanadium-mining jurisdiction?

MG: Complementing our Four Corners project in Newfoundland, we were attracted to our four other vanadium properties on British Columbia’s Pacific coast as they’re all located on tidewater, within reach of a large shipping port, Prince Rupert, and come with ideal mine-to-market geography.

The company has scheduled plenty of additional work on the properties for this summer. We’re already underway with a recently completed airborne geophysics program with plans to drill this summer. So far, those surveys, combined with historical surface sampling work that we have, do confirm vanadium, iron and titanium mineralization, which gives us a ton of confidence and make them very easy to work on as they are close to home.

INN: How do you see vanadium supply and demand fundamentals influencing the market?

MG: Well, obviously the growing demand and the fundamentals of vanadium I discussed previously should lead to higher prices that will sustain themselves from 2019 and beyond. It’s just that simple.

The information contained here is for information purposes only and is not to be construed as an offer or solicitation for the sale or purchase of securities. Readers should conduct their own research for all information publicly available concerning the company. Prior to making any investment decision, it is recommended that readers consult directly with Delrey Metals and seek advice from a qualified investment advisor.